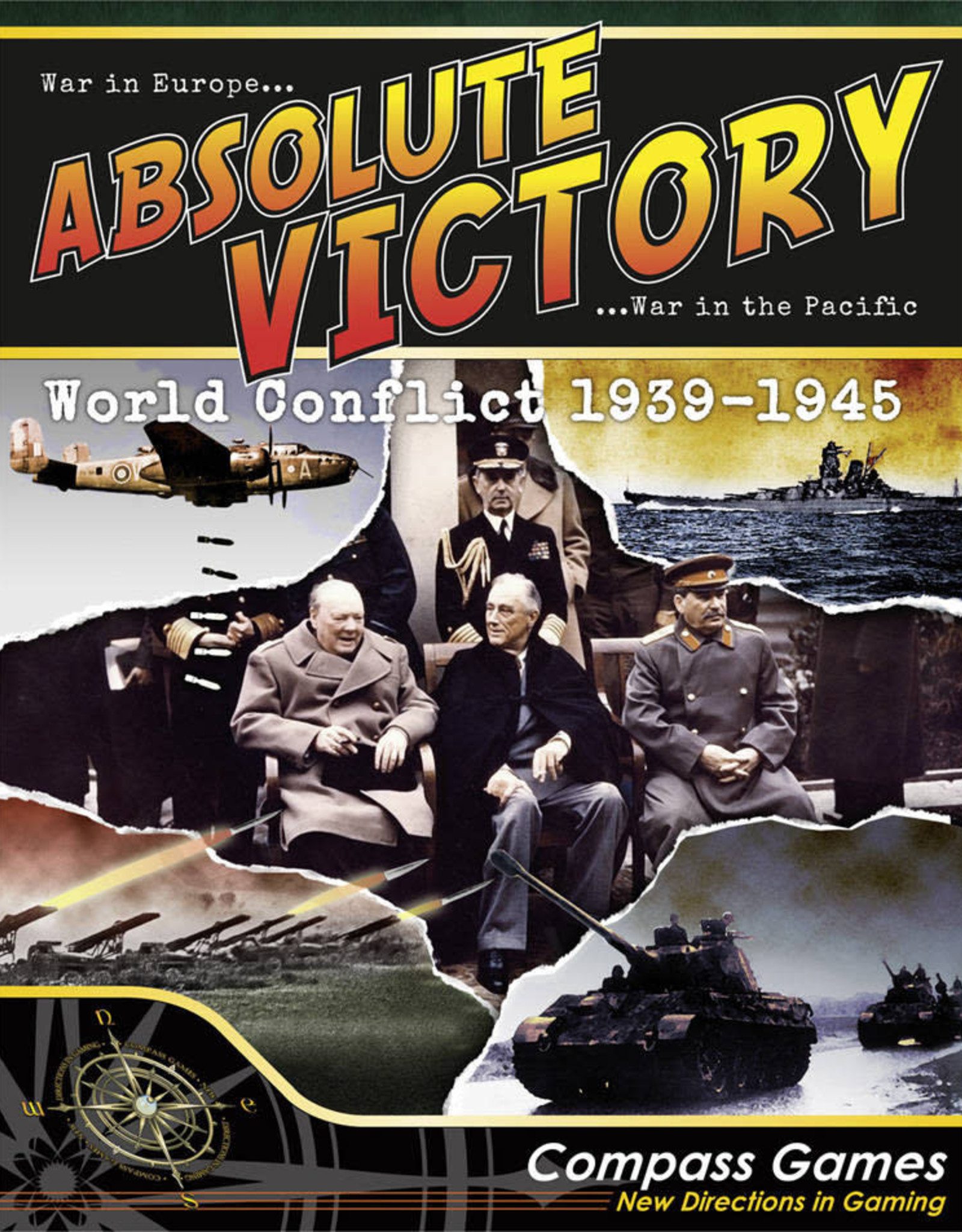 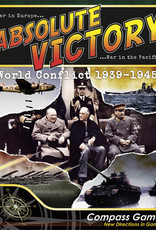 Absolute Victory is a simulation of World War II in every actual and possible theater on the entire globe, designed by the Charles S. Roberts Award-winning design team of R. Ben Madison and Wes Erni. The armed forces of a hundred different nations battle to control a single world-wide map whose ‘sliding scale’ gives more detail to areas which saw historical fighting (such as Europe and the Pacific islands). A revolutionary mode-based land combat system models the real decisions and objectives of high level commanders. Players will be immersed in the geostrategic maelstrom of WWII through more than 2,500 carefully researched random events including diplomatic efforts, unconventional warfare, tech breakthroughs, and the conflicting aims of world leaders on every level.