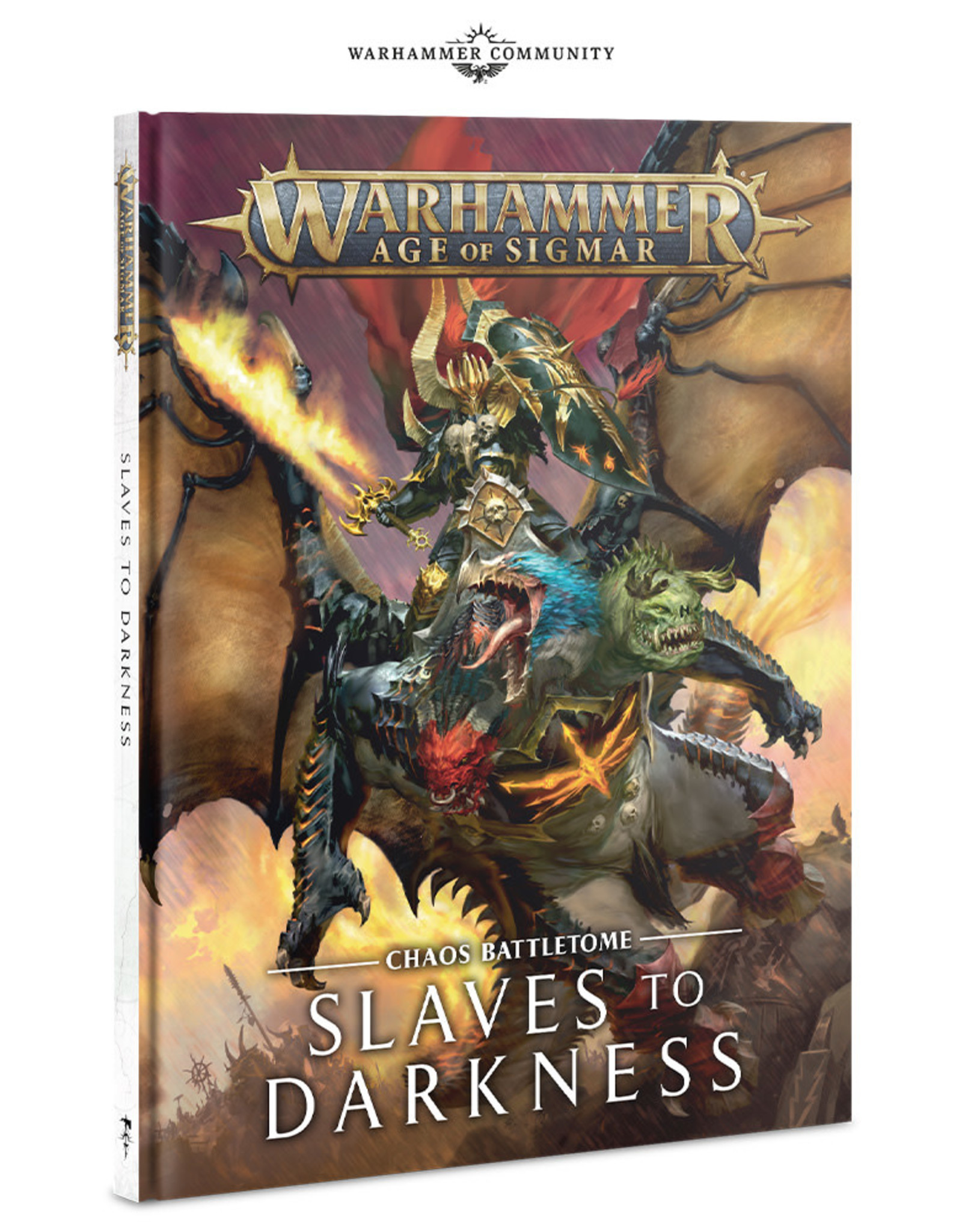 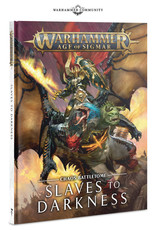 Devout worshippers of Chaos, the Slaves to Darkness bring war to the tortured lands of the Mortal Realms.

Crush the Mortal Realms beneath the iron tread of Chaos with Battletome: Slaves to Darkness – your guide to the mortals, daemons and monsters who walk the endless Path to Glory. Inside this tome of dark and forbidden lore, you'll discover the dark world of the Slaves to Darkness - the innumerable allegiance of tribes and warrior-bands who fight ceaselessly to gain the favour of the Dark Gods. Rich background, sumptuous art and a number of short stories by acclaimed Black Library author Aaron Dembski-Bowden bring the world of the Slaves to Darkness to life as never seen before. When you're inspired to start your own conquests of the Mortal Realms, you’ll be able to field an unstoppable Slaves to Darkness army with allegiance abilities, spell lores, warscroll battalions and more that allow you to build a dizzying array of armies. Perhaps you’ll field an elite force of Chaos cavalry, riding with Archaon himself. Maybe you'll field a collection of tribal warriors and warbands from the Eightpoints, drawn together by a charismatic Darkoath leader. Or perhaps you’ll fight with a force dedicated to one of the sinister Chaos Gods. With all this plus painting guides, Path to Glory rules and more, Battletome: Slaves to Darkness is a fantastic resource for any Chaos collector.

This 120-page hardback battletome contains:
- Rich lore that explores the origins of the Slaves to Darkness, their worship of the Chaos Gods, and their goals in the Mortal Realms
- Four thrilling short stories by Black Library author Aaron Dembski-Bowden
- Tips and advice for painting and collecting your own Slaves to Darkness army
- Warscrolls for all Slaves to Darkness units, presented here for ease of reference
- Allegiance abilities for Slaves to Darkness armies, plus sub-faction rules that allow you to dedicate yourself to the Ravagers, Cabalites, Despoilers and the Host of the Everchosen