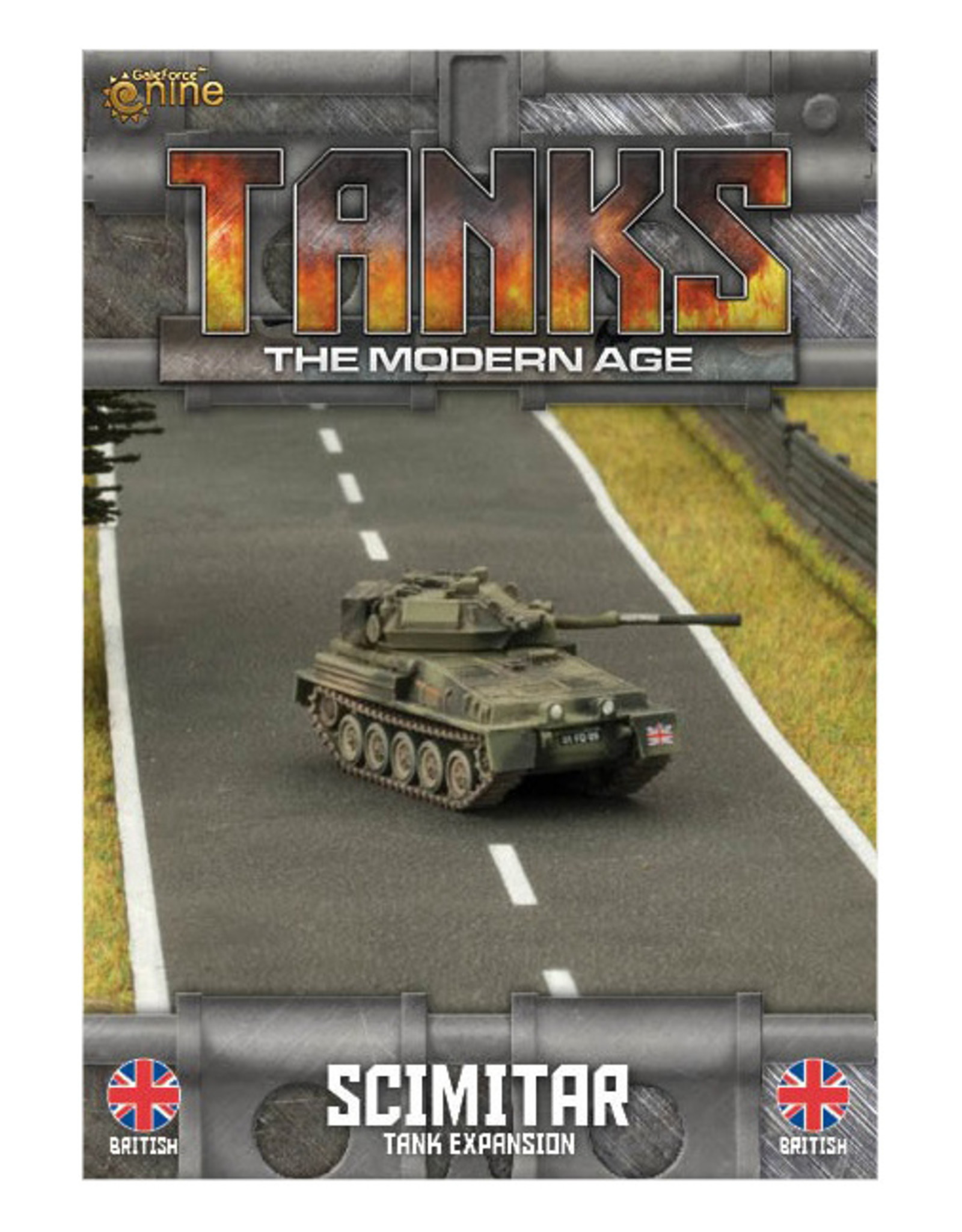 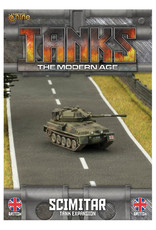 With a powerful engine and aluminium armor, the Scorpion and Scimitar light tanks are fast and lightweight. As such, the vehicles form the backbone of British Army reconnaissance units. While engaging in a stand-up fight is the last thing on the minds of crew, the designers equipped tanks with enough sting to take on all but the toughest enemy vehicles.

TANKS: The Modern Age is an easy-to-learn, quick-play, small-scale game, where you take command of a Tank Platoon, seeking to destroy your opponent’s tanks and secure victory.

TANKS is a flexible game with lots of ways to create a finely-tuned platoon that fits your play style. The game is fast and furious, do-or-die. In an hour, you can pick your tanks and crew, upgrade them to your specifications, defeat your enemy (or die trying), and be ready for the rematch!

Add your review
0 stars based on 0 reviews
British / TANKS /