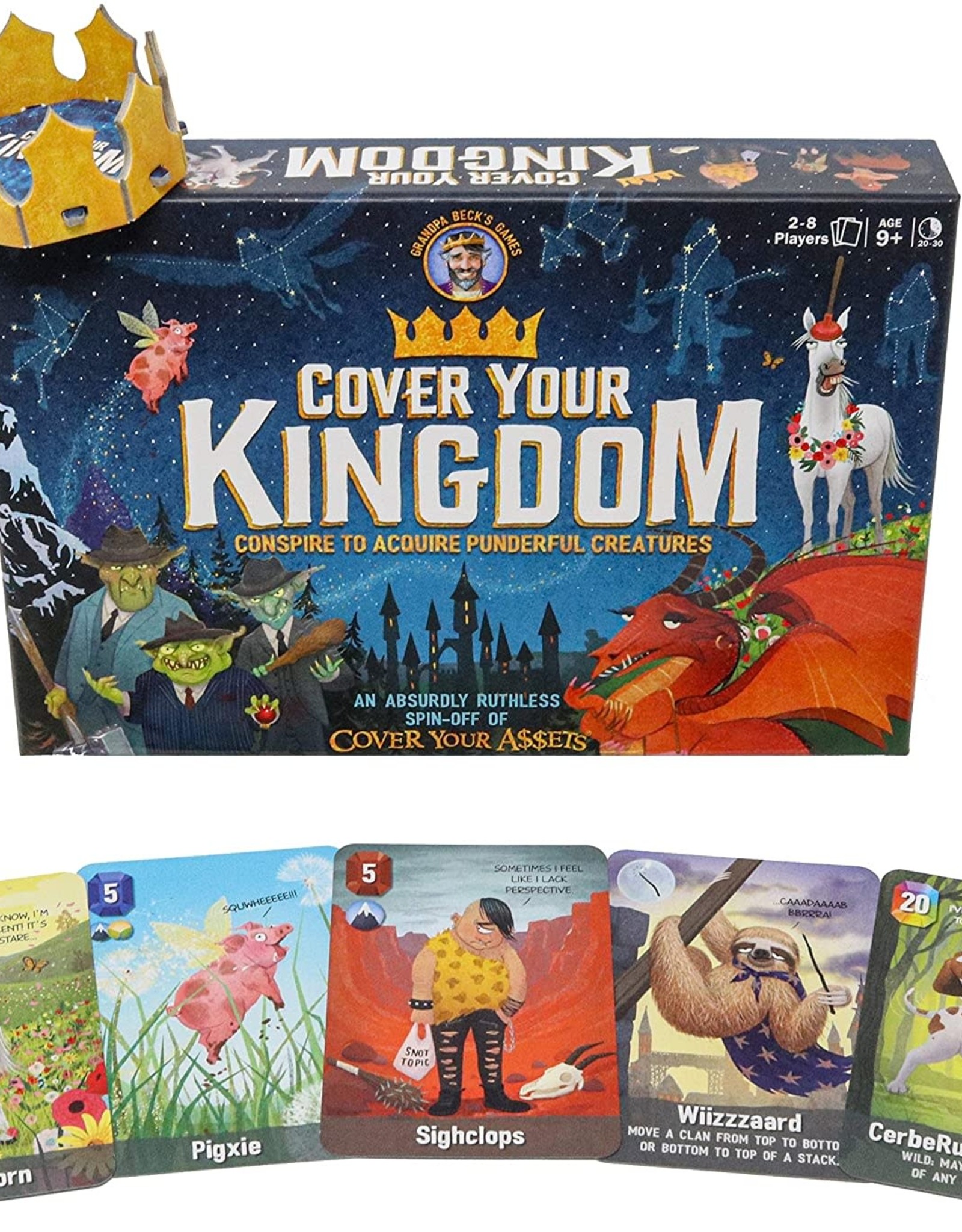 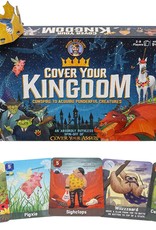 In this exciting and hilarious game you'll each assume the role of a Ruler of your very own Magical Kingdom. The only problem is that your Kingdoms' are all empty and devoid of Magic!⠀

To fix this, you'll need to convince ridiculous fantasy Creatures, like Pigxies, UniqueHorns, SighClops, and Klakens to join your Kingdom by pairing them together to form Clans of Creatures and then placing them in stacks in your Kingdom.⠀

The top Clan in each stack is vulnerable, and can be recruited by rival Ruler's Creatures! You must defend your Clans with Creatures of your own, or you'll lose them! Every time a Clan changes Kingdoms its Magic value increases, as does each Ruler's desire to possess it!⠀

Action cards add further strategy and mayhem to the contest, helping you to protect your Creatures and plunder your Rival's Kingdoms!⠀

The Ruler with the most Magic at the end of the contest is crowned... THE MOST NOBLE AND SUPREME RULER OF MAGICAL MIGHT!⠀

That's Cover Your Kingdom! It's the perfect game for people with a good (or evil) sense of humor. You might even say, "It's Magically Malicious!" 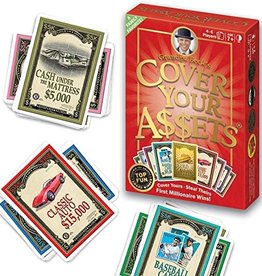 In Cover Your Assets you amass a fortune by collecting and building an alternating tower of matching pairs of asset cards. You’ve got to be careful though, because the top set of assets on your stack can be stolen by other players if they hold a matching
Add to cart
Cover Your Assets
$14.99
Please accept cookies to help us improve this website Is this OK? Yes No More on cookies »