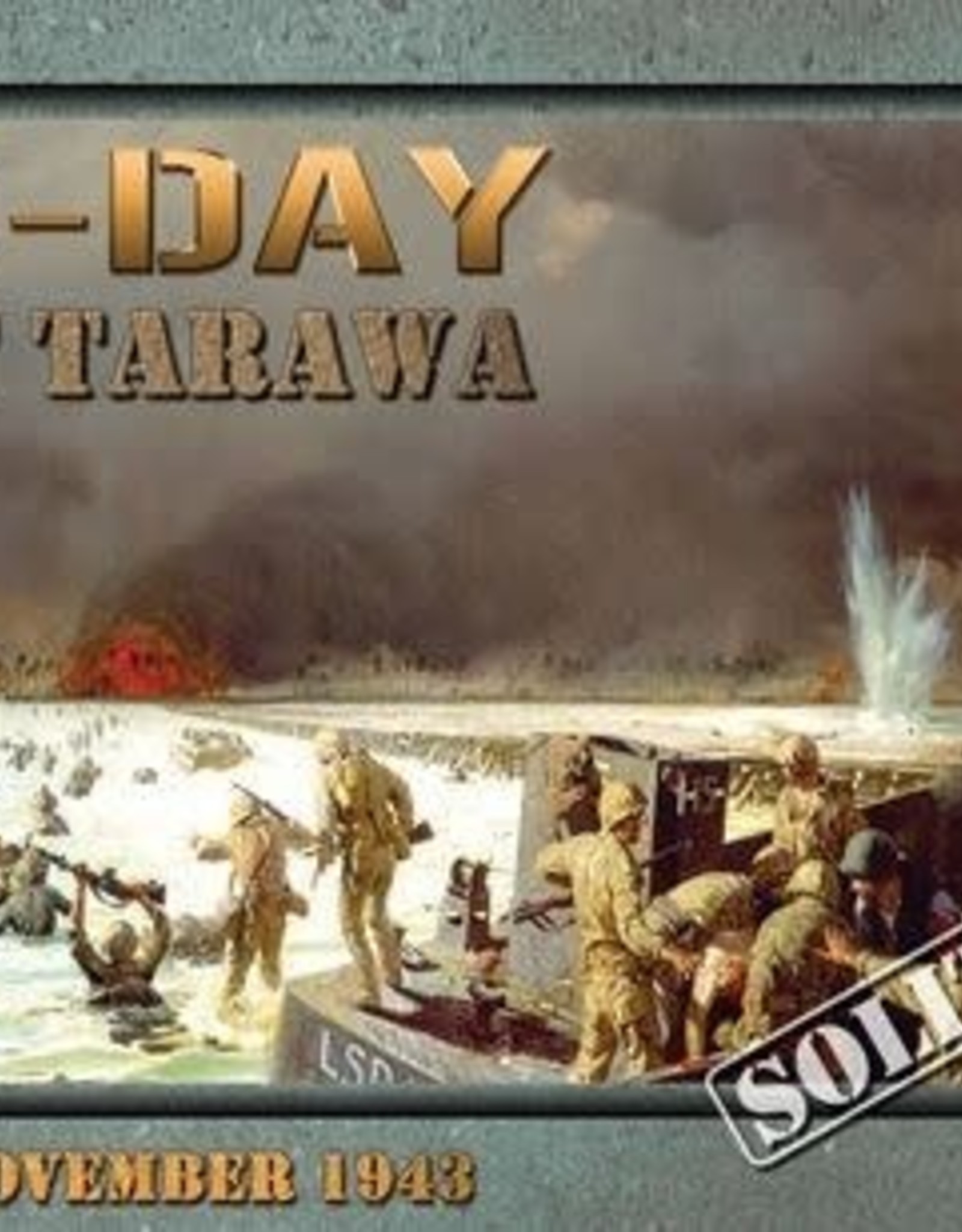 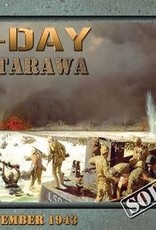 Based on John Butterfield's groundbreaking D-Day at Omaha Beach system, this solitaire game presents the critical days of fighting at platoon and company scale. You command the invading American forces against dug-in Japanese defenders, which are controlled by the game system. Tarawa covers the landings on Betio Island in November 1943, and the operations of the US 2nd Marine and 27th Infantry Divisions to clear it -- the first heavily contested landing of the Pacific War. The battle for the tiny Island raged for four days and, when it was finally over, fewer than 200 of the 5,000 Japanese defenders remained alive. One map, two counter-sheets and 55 cards.