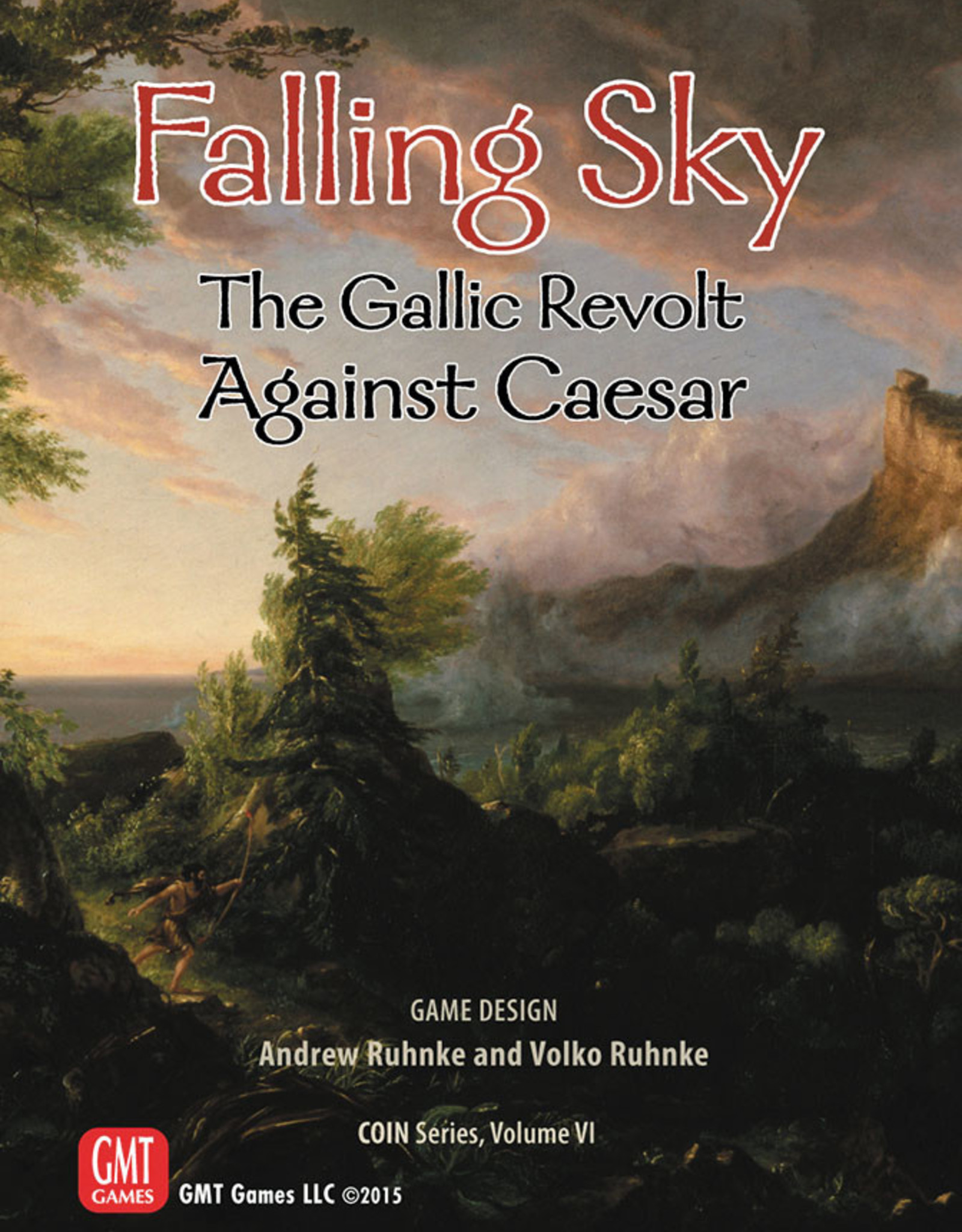 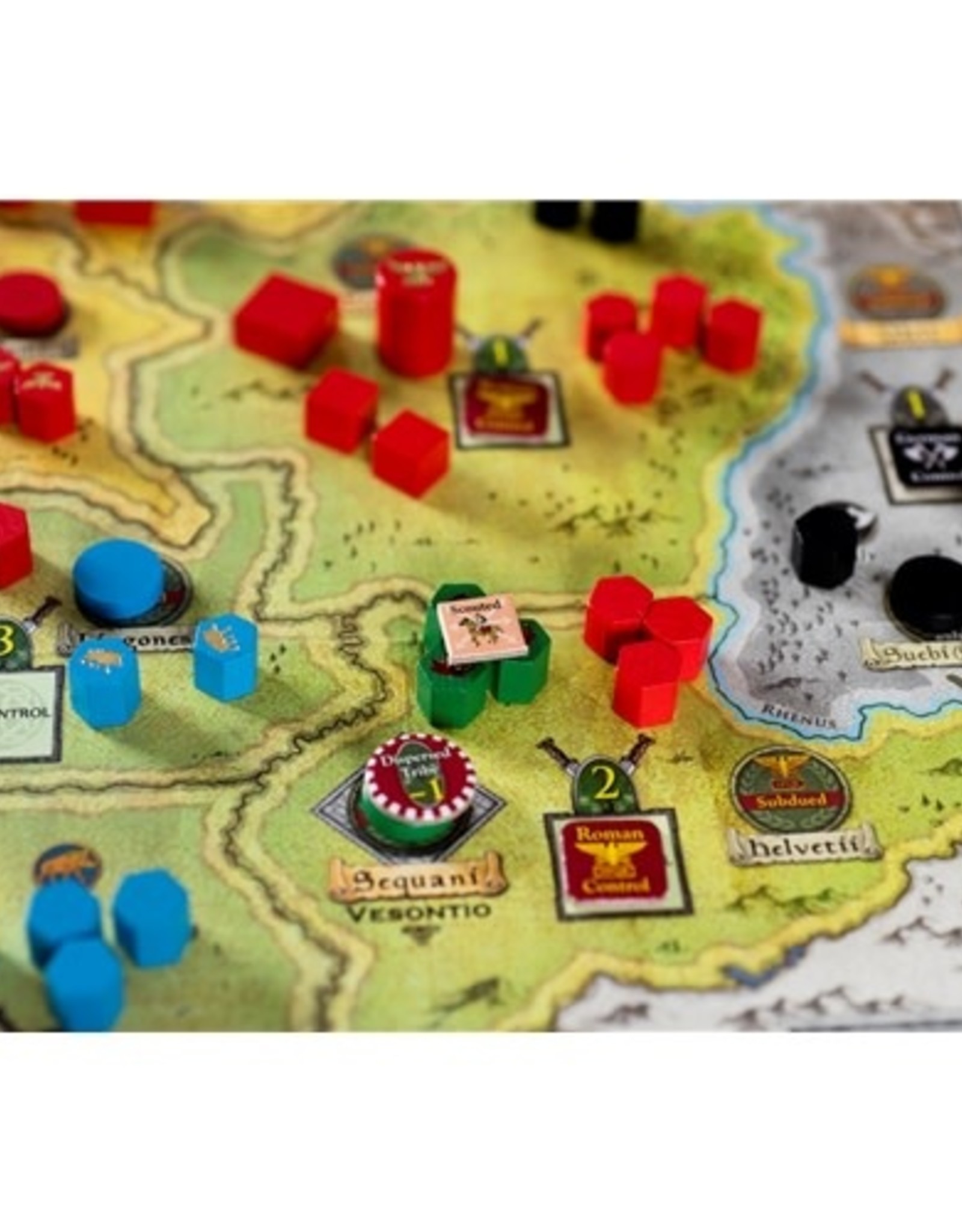 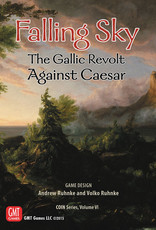 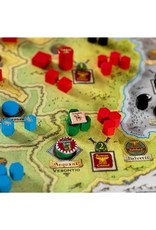 Winter, 53 BC: In a series of brilliant and brutal campaigns, Caesar has seized Gaul for Rome. But not all tribes rest subdued. In the north, the Belgic leader Ambiorix springs a trap on unwary legions while Caesar is away. In the south, an ambitious son of the Arverni seeks to unite a Celtic confederation in revolt against the hated Romans. And what of the influential Aedui? Their republic appears content to shelter under Roman protection - but can they be trusted any further than any other Gauls? Meanwhile, along the Rhine, Germanic warbands multiply... Falling Sky takes 1 to 4 players into the military actions and complex politics of Roman-occupied but not-yet-conquered Gaul.