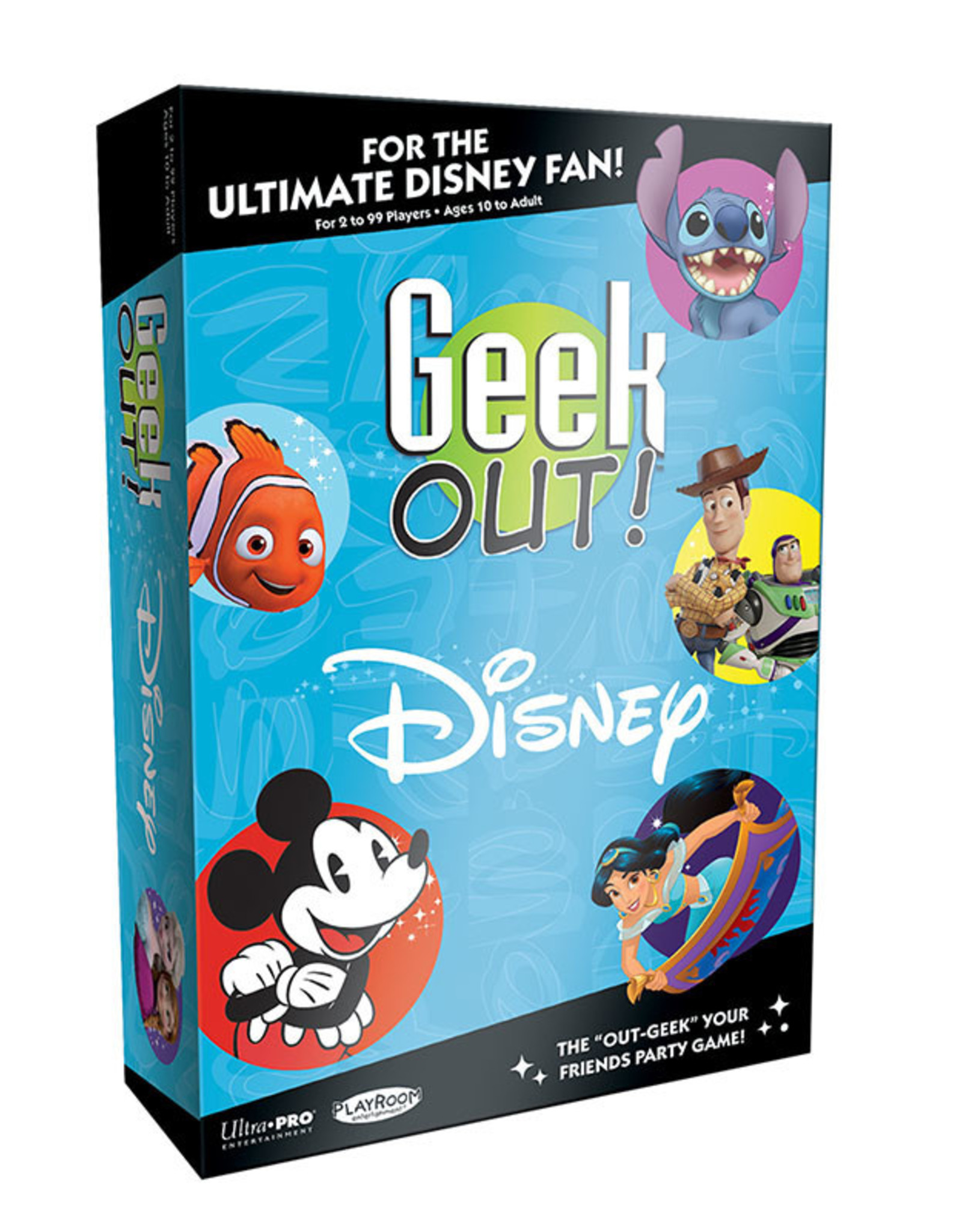 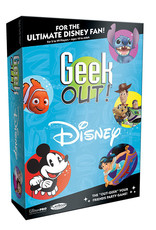 This enchanting version of Geek Out! Disney, which lets know-it-alls boast their expertise in certain topics to win, presents fantasy and animated film buffs with the ultimate test of Disney knowledge. Players are inspired to rack their brain on random Disney-related factoids while challenging others to “out-geek” them with their rivaling knowledge!

A six-sided die determines which of five magical categories the question will address: Disney animation, Pixar, Live Action, Music and Miscellaneous. After the prompt is read, bidding begins for the most examples a player or team can provide for it, e.g. “characters from Aladdin”, “sports played in Pixar films”, or “films in which a character makes a wish”.