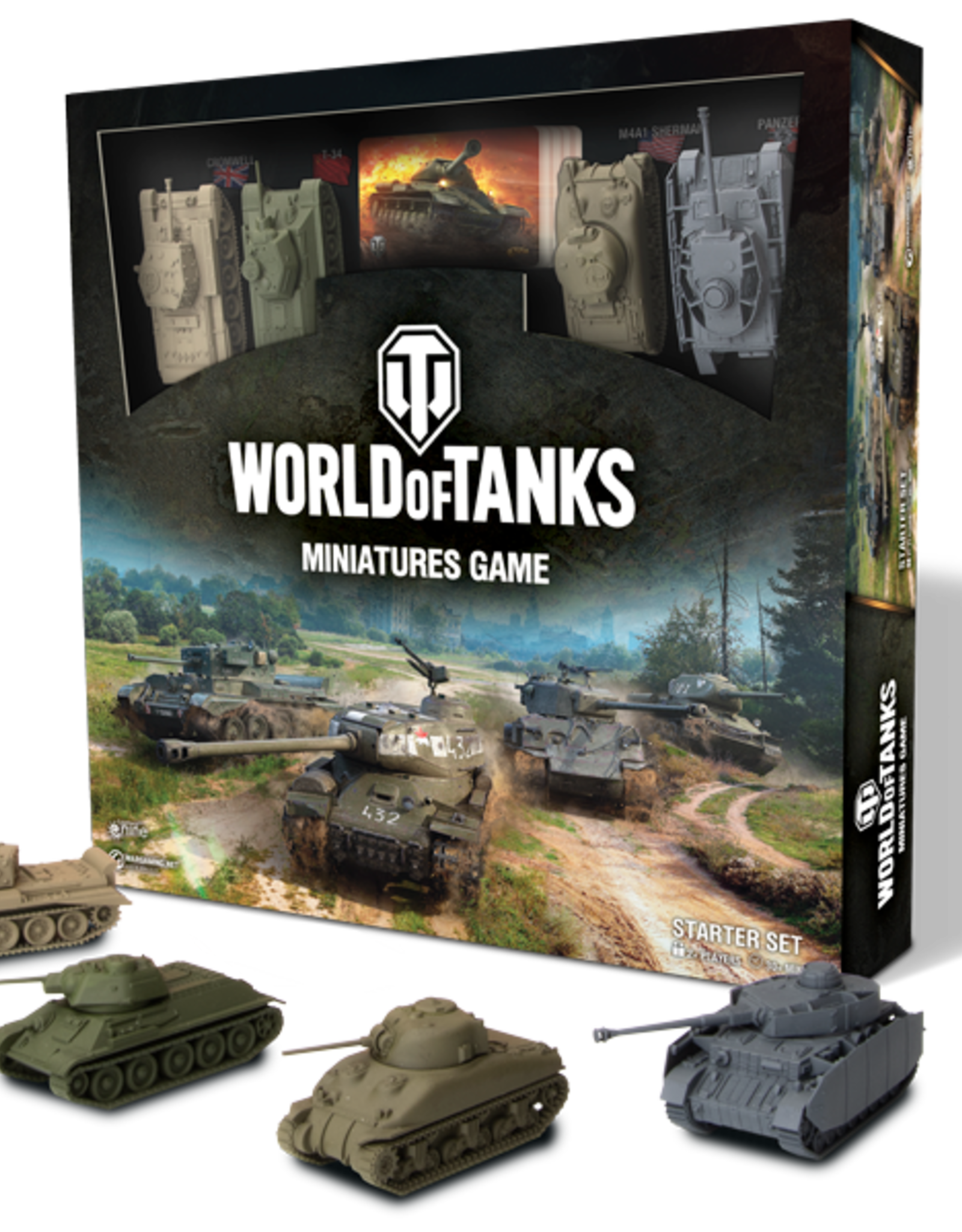 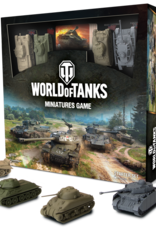 The World of Tanks: Miniatures Game is an easy to learn, quick play, small scale tabletop game. You take command of a Tank Platoon, seeking to destroy your opponent’s tanks and secure victory. It is a fast and furious, do-or-die game – In half an hour you can pick your tanks and crew, upgrade them to your specifications, defeat your enemy (or die trying), and be ready for the rematch!

Players of the online sensation World of Tanks will instantly feel at home, recognising the tanks and terminology from the game, whilst players that have yet to try the game, will be able to quickly pick up the skills and tactics needed to compete with even the most harden combat veteran.

In the World of Tanks: Miniatures Game Starter Set you will find everything they need to begin playing including: 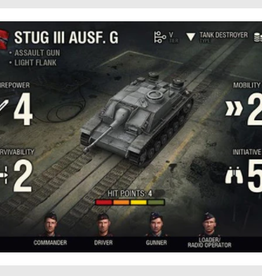 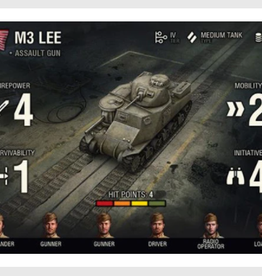 The M3 Lee was a medium tank, used by both the U.S. and British forces (where it had the designation M3 Grant) and saw use in the battles of North Africa.
Add to cart
World of Tanks Expansion - American (M3 Lee)
$12.00 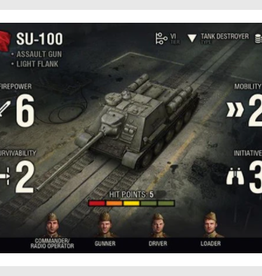 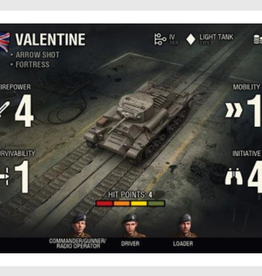 The Valentine is a British infantry tank, built in a variety of marks (or variants) during the war.
Add to cart
World of Tanks Expansion - British (Valentine)
$12.00
Please accept cookies to help us improve this website Is this OK? Yes No More on cookies »