Steve Jackson Games was founded in 1980 by (no surprise here) Steve Jackson. We now publish books, games, and magazines for game fans. Their best-known games include Munchkin, the irreverent game of dungeon crawling; Zombie Dice, the fast-paced game of brain-eating; GURPS, the "Generic Universal RolePlaying System"; OGRE, the classic simulation of future war; Car Wars, about battle on the highways; INWO, the trading card game of world domination; the original Illuminati game on which INWO was based; and more. 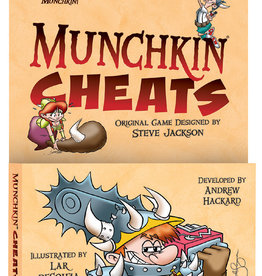 Are you ready for Munchkin Treasures? Of course you are! This expansion includes the ever-popular Cheat! Cards that allow you to put more Treasure cards into play more often so every munchkin at the table can have even more fun! You`ll also get Monsters a
Add to cart
Munchkin Cheats
$9.95 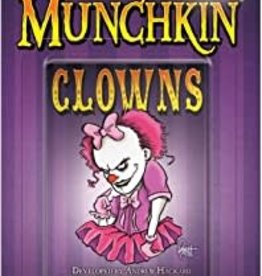 Cure your coulrophobia . . . or not! Munchkin Clowns is a 15-card mini-expansion that brings creepy clowns into your next Munchkin game. Shuffle these cards right into your existing decks and you’re good to go . . . to the circus! Munchkin is a line of be
Add to cart
Munchkin Clowns
$5.95 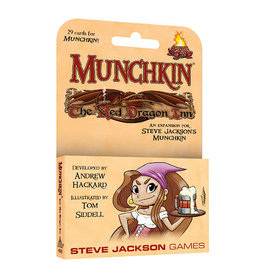 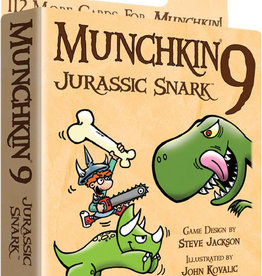 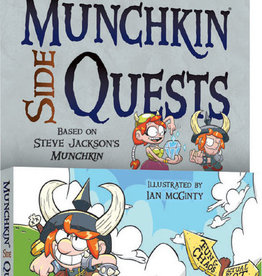 Players can take a detour from killing monsters and backstabbing their friends with Munchkin Side Quests! With this mini-expansion for Munchkin, adventurers can complete secret in-game goals and cash them in for glorious rewards. Following the plot is for
Add to cart
Munchkin Side Quests
$9.95 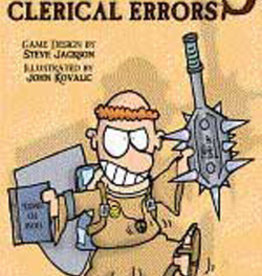 Another 112 cards for the best-selling game of killing monsters and taking their stuff. Play a new race: Gnomes! Try on the Bard class. Face the Tequila Mockingbird, the Bad Ass, and the dreaded Auntie Paladin! Equip yourself with amazing items like the C
Add to cart
Munchkin 3 Clerical Errors
$19.95 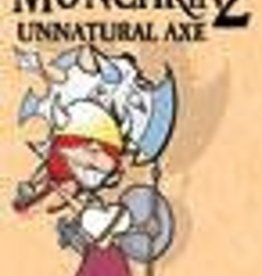 Steve Jackson and illustrator John Kovalic conjure 112 more cards for the Munchkin slay-field! Play a new race: Orcs! Face new foes like the hydrant and the tentacle demons. Equip yourself with dread armor like the spiked codpiece. Recruit allies like the
Add to cart
Munchkin 2 Unnatural Axe (Revised Edition)
$19.95 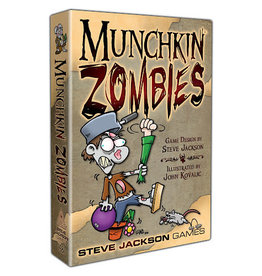 Kill the Living! Eat their Brains! Braaiiinns! It's the sickest, silliest Munchkin yet!
Add to cart
Munchkin Zombies
$24.95 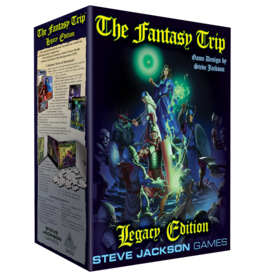 Old-school roleplaying at its dungeon-crawling finest. The Fantasy Trip is easy to learn and fast to play – but it's been out of print for almost 40 years. Now it's back!
Add to cart
The Fantasy Trip: Legacy Edition
$119.95 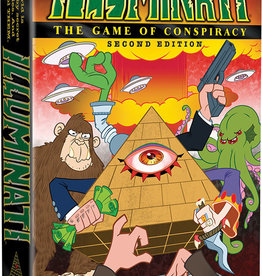 They are all around us. Secret conspiracies are everywhere. In Illuminati, two to six players increase their wealth and power to take over the world until only ONE reigns supreme. No ploy is too devious, no stratagem too low as you use stealth and guile t
Add to cart
Illuminati 2nd Edition
$34.95 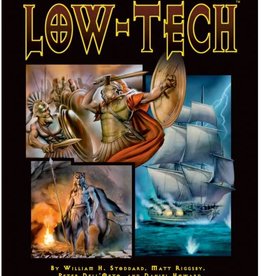 From the Stone Age to the age of sail, Low-Tech covers the basic tools used by historical adventurers and those still used by modern survivalists and post-apocalypse survivors when the high-tech toys fail. From antlers, rawhide, and stone knives, to warha
Add to cart
Gurps: 4th Edition - Low-Tech Hardcover
$29.99 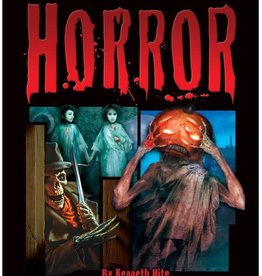